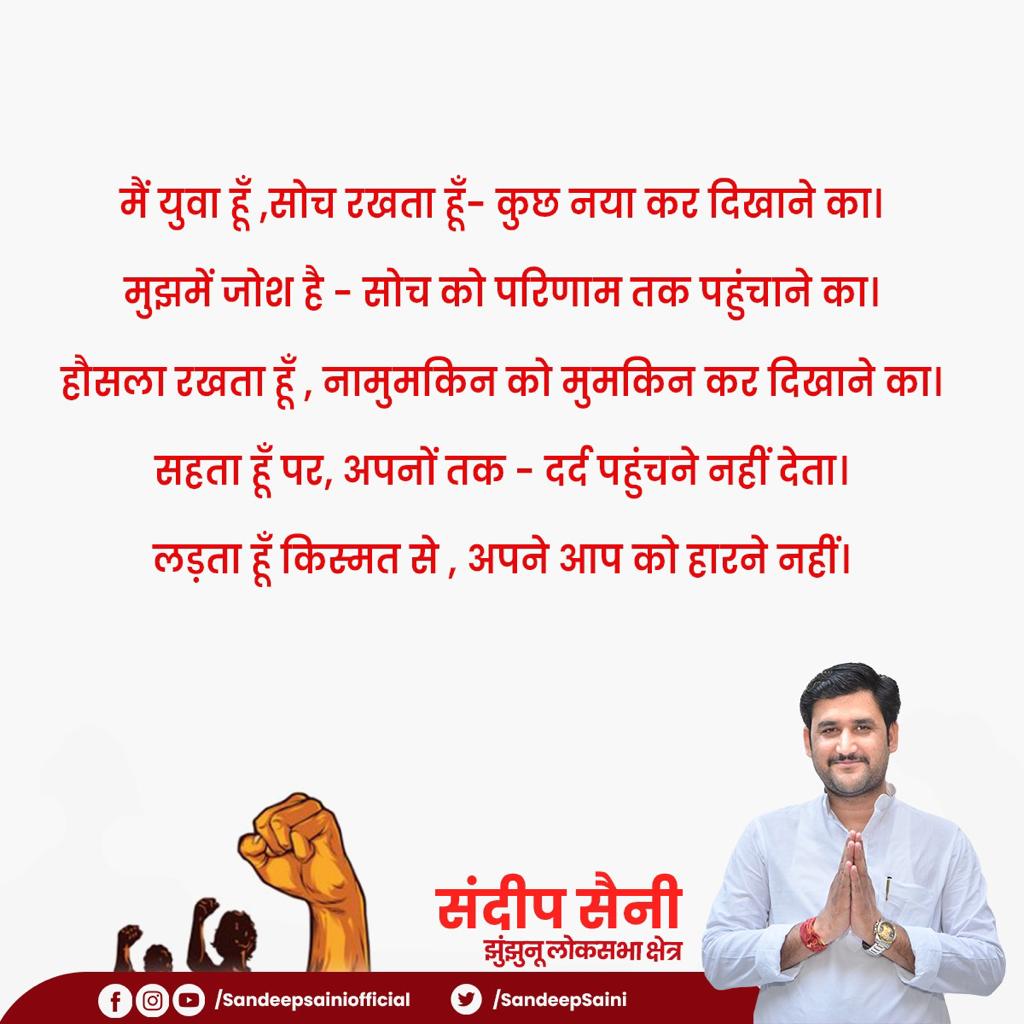 Sandeep Saini- Minister | Youth Leader | Politician– A politician who heads the ministry is a minister. They are the active members who participate in the decision-making and implementation of the policies. They have many responsibilities and; apart from this, they play a vital role in stabilizing the proper function of the government. The responsibility of Sandeep Saini is not so easy. He is an active member of the party, he always has to work according to the people and also maintain the prestige of the party.

Being a minister, youth leader, and Politician in Jhunjhunu, India, his duty towards the people is to raise his voice in the parliament so that he can get the solution to the problems. Members of parliament have lots of responsibilities to carry and work to do. They also have terms and conditions to follow.

In the changing world, there is a need to change and update the ideas that are for the well-being of the people. India has the largest youth. The young generation has a lot to offer the nation. Youth leaders are necessary for the betterment of the country. They are the future of the country. Being a youth leader Sandeep Saini encourages the youth to build a powerful nation. Youth is the strength who participates in transforming the mental and physical power of the country.

The young generation is the backbone of the nation, which is a meaningful partner to lead the country. Young people have the charm they are looking for. They have attractive ideas and new steps towards development. The young generation is innovative and the future leader, that’s why the politics also can be completely changed with their participation.

They are always encouraged with Sandeep Saini, so they can establish a well-developed nation. Thus, Sandeep Saini is the best Youth Leader in Jhunjhunu, Rajasthan. Also, he sets an example for all the youngsters towards Self-development. Furthermore, Youth participation will encourage new thoughts to rule over the nation. They are the bold voice, everyone is going to hear.